– The governor of Jigawa state, Muhammadu Badaru Abubakar has said those criticising the current administration are corrupt minded

Abubakar disclosed this during a meeting with members of the All Progressive Congress (APC) Social Media Group Northwest zone in Dutse, The Nation.

According to Abubakar, the Buhari-led administration has done well to meet the aspirations of Nigerians when it comes to the number of projects executed across the country.

He went on to that the current government succeeded in completing many abandoned projects initiated by past administrations. 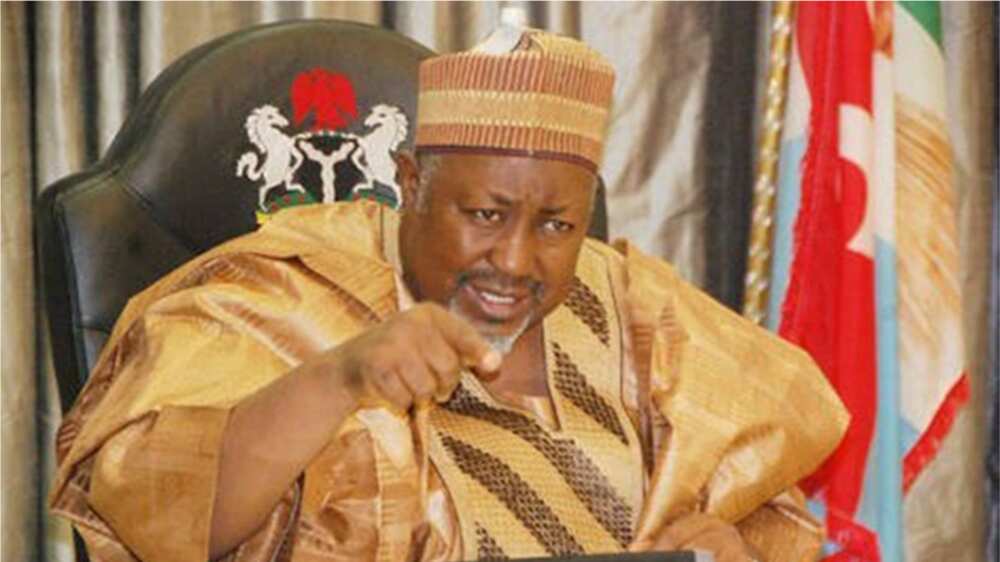 Speaking on the security situation in Nigeria, the northern governor explained that it improved significantly compared to the past when Boko Haram insurgency was the order of the day.

Earlier, Legit.ng reported that amid floodgate of criticisms trailing President Buhari’s administration, the presidency has hit back at critics by dusting off the claim that the present administration is not in order.

Dismissing the claim is Garba Shehu, presidential media aide on media and publicity, who appeared on Channels TV on Sunday, July 19.

Shehu said there is no disorganization in Buhari’s government and described the “influencers, celebrated columnists and editorial comments” as baseless and appallingly mischievous attacks.

His comment came on the heels of the face-off between ministers in Buhari’s cabinet and heads of some agencies and parastatals.

In other news, Solomon Dalung, former minister of sports, has scored the administration of President Buhari zero and branded it the worst in Nigeria’s history on security following the spate of killings in the northwest region.

The former minister spoke on the heel of the unfortunate and ceaseless bandit and Boko Haram attacks on vulnerable communities in Kaduna, Borno, Zamfara which have lately extended to some villages in Kaduna.

Dalung, who served under Buhari as a minister between 2015 and 2019, said this current administration lacks the will to overpower the menace of insurgents, adding that “killings in the north are so bad now that chickens are better off than humans.”