Zulum who revealed this in an interview with the BBC Hausa Service noted that the insurgents are working on people to join them and it’s becoming frightening.

He went on to note that IDPs may be forced to join Boko Haram if they are unable to go back to their towns and return to farming.

The governor further explained that the IDPs were tired and bored of living in the camps because they were not getting what they really wanted. 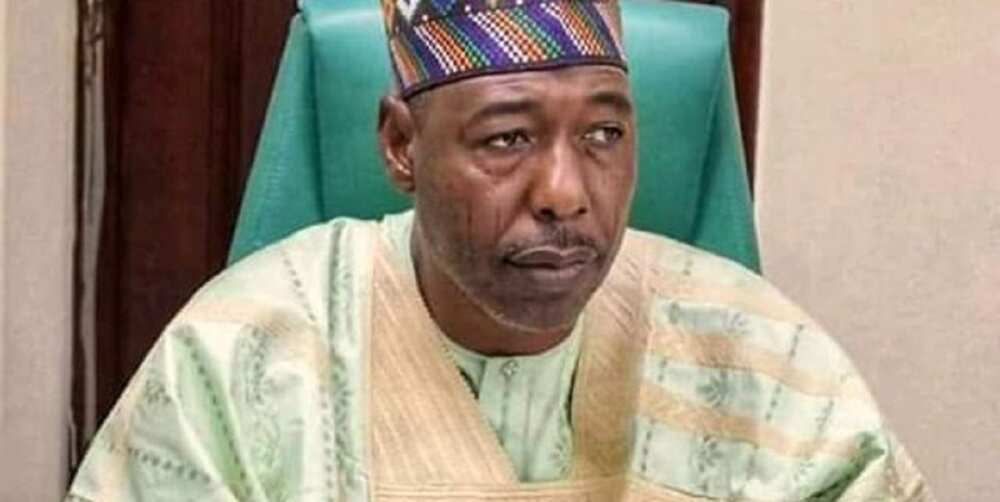 “If the IDPs living in camps could not get what they are looking for, especially the opportunity to go back to their various towns and return to the farm, they may be forced to join the Boko Haram sect.

“It is important that they go back to their various towns because no government can continue to be feeding them, continuously,” he said.

While stating that his government was able to return displaced persons, Zulum expressed hope that the military will intensify efforts and make it possible for more people to return to their towns.

The governors disclosed after a closed-door meeting with President Buhari alongside Vice-President Yemi Osinbajo and the heads of security agencies at the Presidential Villa.

Borno state governor addressing journalists a week after his convoy was attacked by insurgents said the leaders of the region highlighted key security challenges in the area.

Zulum who also serves as the Chairman of North East Governors’ Forum (NEGF) said the governors recommended that the police be empowered with adequate equipment to bridge the existing gap in manpower and reduce insurgency.

In a related development, a former Senate president, Ameh Ebute, detailed reasons behind the resurgence of Boko Haram terrorists in the northeast region of Nigerian.

Ebute in a letter to governors of the 36 states in Nigeria, said lack of political collaboration between major stakeholders in Borno state has led to the resurgence of the activities of the terrorists.

He said the resurgence of the terrorist group cannot be attributed to military sabotage as believed by some persons.