– ASUU on Friday, August 21, hailed the president for the wise intervention

The resolve of President Muhammadu Buhari to suspension Wale Babalakin, the pro-chancellor of the University of Lagos (UNILAG) and its embattled vice-chancellor, Oluwatoyin Ogundipe, has brewed some reactions from the nation’s academic circle.

One of those groups that have aired its response to the president’s decision was the UNILAG chapter of the Academic Staff Union of Universities (ASUU).

According to Nigerian Tribune, Dele Ashiru, the chairman of the branch, said that the president’s timely move will help in resolving the school’s leadership crisis, especially because of the independent panel which he set up on Friday, August 21. 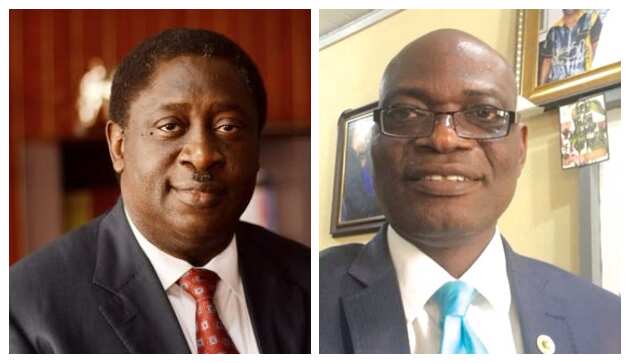 Ashiru said that the panel will provide a level-playing ground for all concerned parties to present the grievances.

He said: “So, our union appreciates the federal government for this courageous step to halt Wale Babalakin’s shenanigan in UNILAG.”

Meanwhile, Legit.ng reported that in a timely bid to resolve the leadership crisis ravaging the UNILAG, President Buhari, through the ministry of education, had set up a special visitation panel.

The decision of President Buhari was disclosed by the ministry’s spokesman, Ben Goong, in a statement to the academic institution on Friday, August 21.

The ministry also directed Babalakin and Ogundipe to recuse themselves from their official duties until the panel concludes its probe.

The panel was to be chaired by Tukur Sa’ad, a former vice-chancellor of the Federal University of Technology, Minna, with Victor Onuoha, Ikenna Oyindo, Grace Braide, Adamu Usman, and Jimoh Bankole as members.

Ogundipe had withdrawn his suit instituted against the school’s governing council chaired by Babalakin.