– On his part, Governor Godwin Obaseki urged members of the party and supporters not to succumb to threats and intimidation

The Peoples Democratic Party (PDP) has urged eligible voters and party members in Edo state to be vigilant and ensure that their votes count in the September 19, 2020 governorship election in the state.

Orbih vowed that they will not only mobilise party members and supporters to vote but will ensure that their votes count. 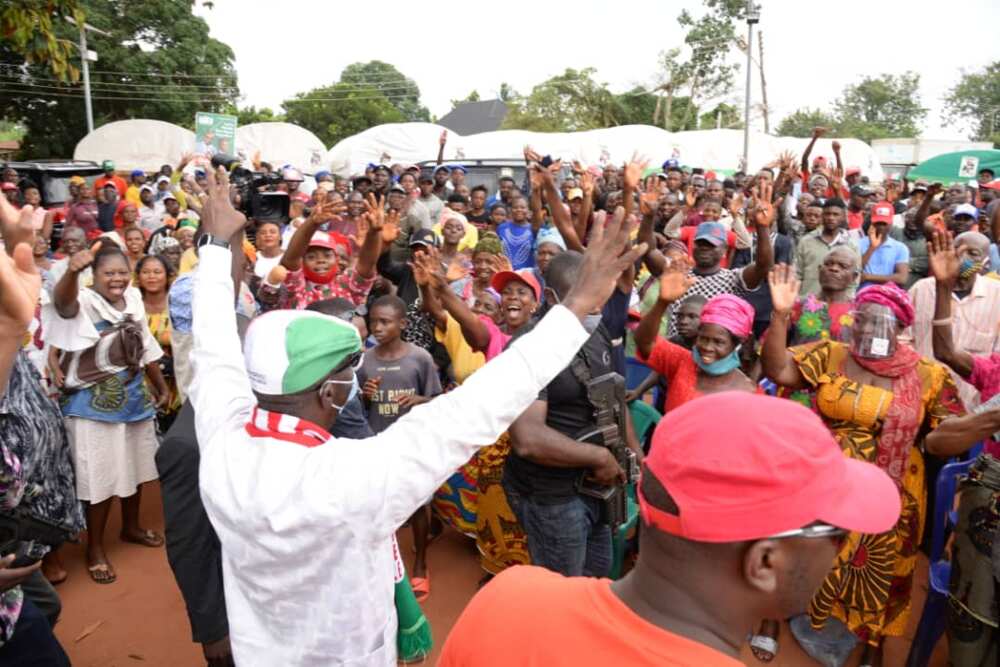 Governor Obaseki’s supporters say they are ready to defend their votes and ensures it counts on election day. Photo credit: @EdoStateGovt
Source: Facebook

“We will not sleep. We are doing everything possible to ensure that you vote and the votes count. In this election, we will not only vote but must defend our votes,” he said.

On his part, Obaseki urged members of the party and supporters not to succumb to threats and intimidation, adding that Edo state and Nigeria do not belong to a few people.

“Nobody or group of people can take us backward again. This election will remove the godfather in Edo state,” he said.

Legit.ng had earlier reported that the re-election bid of Governor Obaseki got a major boost on Friday, August 21 as the candidate of the Accord Party in the forthcoming polls, Mr Godday Idahosa, collapsed his structure into the PDP and declared his support for the governor.

Idahosa announced his defection at PDP wards 8 and 9 campaign rally in Uhiele, Esan West local government area of Edo state, citing the leadership acumen of the PDP candidate as part of the reasons for his defection.

He was received by Obaseki and other members of the Edo PDP campaign council after his announcement.

Meanwhile, a former minister of foreign affairs and ex-APC chieftain, Chief Tom Ikimi, has declared his support for Governor Obaseki.

Ikimi, one of the founding fathers of the APC, declared his support for the governor when the PDP held a campaign in his domain – Igueben local government area on Wednesday, August 19.

Ikimi, 76, urged his people to reelect Governor Obaseki and Comrade Philip Shaiubu in the September 19 gubernatorial election to enable them consolidate on their achievements in the first term.