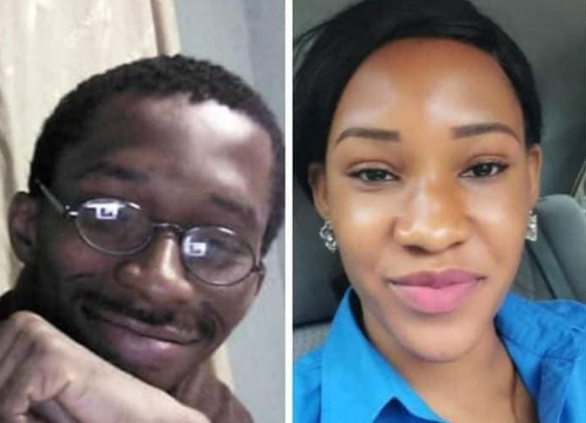 The trial of the owner and driver of the truck carrying an unlatched container that fell and crushed two workers of the Federal Aviation Authority of Nigeria FAAN, Chidinma Ajoku, and her colleague, Chima Nnaekpe, and one other person, commenced at the Lagos State High Court on Thursday, August 20.

Chidinma and Chima boarded a commercial bus back home after the close of work on July 26. Sadly, the container on a truck fell on the commercial bus they boarded and crushed them to death. The bus driver also died in the accident.

At the first sitting which was on Thursday August 20, the state Attorney General of Lagos state, Moyosore Onigbanjo (SAN), amended the charges against the two defendants to 7 counts as against the earlier 3 counts filed against them. In the amended charge, the truck owner and the driver are facing 6 counts of involuntary manslaughter and one count of liability for the safety of vehicles which caused the deaths of Chidinma Ajoku, Nnaekpe Victor, and Daniel Okwuoge. 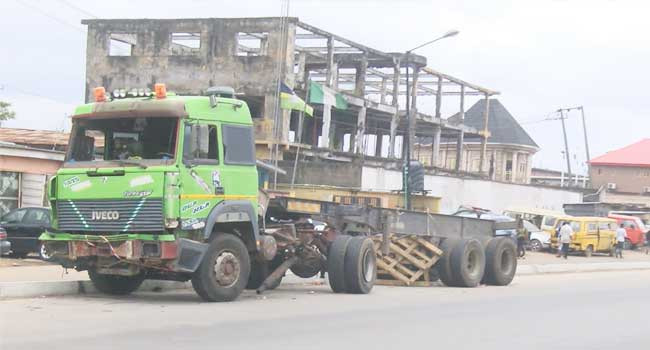 Onigbanjo called the first prosecution witness, a Vehicle Inspection Service (VIS) officer, Hamed Baruwa, who told the court that investigations conducted by his team showed that the truck which caused the accident had no roadworthiness.

”Following directives from my boss, Akin George Fashola, I proceeded on August 6, to Ilasamaja Police station, where I met DSP Oluwasola Omololu and he took me to the place they parked the vehicle at Balex Bus stop.

When I got there with my team, I saw the Volkswagen commercial bus that had been compressed because of the container that fell on it.

I asked for the truck and the DSP took me to the place where it is parked. It was a 20 feet container. I noticed that the truck is not road worthy, the front and back fender were not there, the rear lights and backlights were not there, and the shaft of the vehicle had pulled out” Baruwa stated.

The witness said he then went back to the scene of the accident to take a look at the road. He found out that the road has no pothole inward Mile 2. After his investigations, he took photographs of his observations. When he got back to his office, the Vehicle Inspection Officer said he logged the registration number of the truck, SGM 715 XA, into their detective machine database and discovered that the vehicle license had expired since 2018.

One of the counts against the defendants reads

“Sodiq Okanlawon, on July 26, at about 4: 30pm, at Apapa-Oshodi Expressway Ilasamaja, did drive his articulated vehicle with reg no. SGM 715 XA, recklessly without latching the container thereon and caused the container to fall and caused the deaths of Nnaekpe Victor, Chidinma Ajoku and Daniel Okwuoge.”

Another count states that Wasiu Lekan, failed, neglected and refused to ensure that his articulated vehicle with reg no. SGM 715 XA, was roadworthy, which caused the death of the three persons.

The two defendants were also accused of liability for the safety of vehicles, by failing to obtain valid vehicle license, hackney permit and insurance certificate of their vehicle, in conformity with the conditions and standard of commercial vehicles in Lagos State.

The driver and owner of the container pleaded not guilty to all 7 counts.

The presiding judge, Justice Mobolanle Okikiolu-Ighile, adjourned the case till August 26, for the continuation of trial.