The tourism industry has taken a major hit during the coronavirus crisis with STA Travel UK announcing that it had collapsed today.

The student travel firm announced on their website on Friday that it had ceased trading and will closes all 50 shops, leaving travellers chasing refunds.

The travel agency, which specialises in package tours for backpackers and young people, employs around means that 500 people in the UK.

Abta, which represents tour operators and travel agents, said the news would send a ‘shockwave’ through the tourism industry, which has taken a hit during the coronavirus crisis.

In a statement, STA Travel UK said it had been left with ‘no choice’ but to cease trading with immediate effect due to the impact of the coronavirus crisis.

They told customers that those with bookings would receive information in the coming days.

‘The global impact of the coronavirus pandemic has brought the travel industry to a standstill,’ the statement said.

‘Over recent months, we have taken decisive measures to secure the business beyond Covid-19.

‘However, sales have not picked up as anticipated due to consumer uncertainties, further restrictions and renewed lockdown measures, which are expected to largely continue into 2021.

‘This week, it was announced that STA Travel’s Swiss parent company, STA Travel Holdings AG, had filed for insolvency.

‘Today, as a result of that decision, and upon reviewing the UK business, we have been left with no choice but to cease trading with immediate effect.

‘Over the coming days, we will be working through the process and how it might impact our operations.’

Sushi chain Wasabi has launched a restructuring plan which could see up to 12 stores shut after sales were hit by the coronavirus pandemic.

Sources told the PA news agency that a ‘handful of stores’ could cease trading, with this potentially rising to ‘as many as twelve’ depending on conversations with landlords.

It is the latest sushi retailer to pursue a company voluntary arrangement (CVA) restructuring process after rivals Itsu and Yo! announced similar proposals in recent weeks. 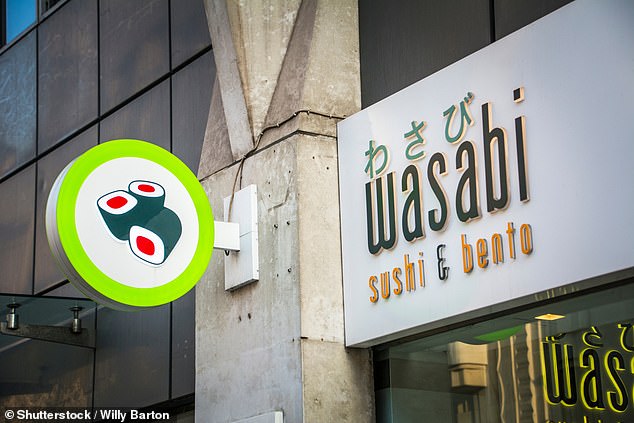 Wasabi, which employs more than 1,500 and runs 51 sushi and bento shops across the UK, said it was ‘impacted profoundly’ by lockdown measures introduced in March.

The company, which sold a minority stake to investment firm Capdesia last year, said it will restructure its finances and operations, and receive fresh capital from its investors if the proposals are approved.

KPMG’s Will Wright and David Costley-Wood have been nominated to advise over the restructuring.

Henry Birts, chief executive officer of Wasabi, said: ‘Prior to the outbreak of the pandemic, Wasabi had been performing strongly on the back of the investment and operational improvements we had made during 2019. 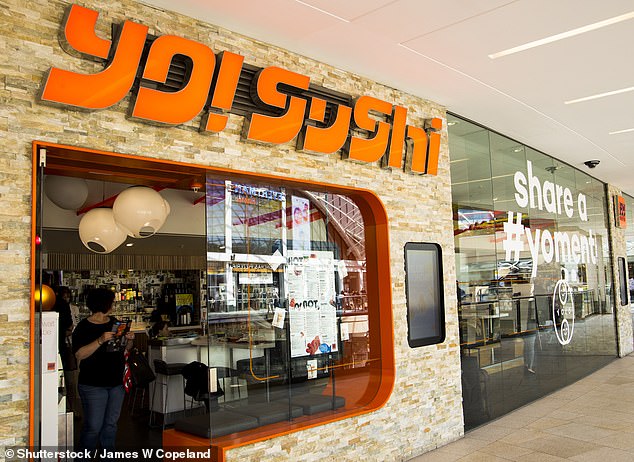 ‘However, the extraordinary impact of Covid-19 on trading has meant that we now need to take additional steps to address our fixed cost-base if we are to secure the long-term future of our business.

‘In recent weeks, we have had constructive engagement with landlords regarding better alignment of the rents of certain sites in proportion with footfall and trading, and we will continue to work closely with them over the days ahead.

‘We strongly believe that this turnaround programme will provide us with a stable platform upon which we can emerge from this difficult period as a healthy and sustainable business, for our staff, suppliers and loyal customers.’ 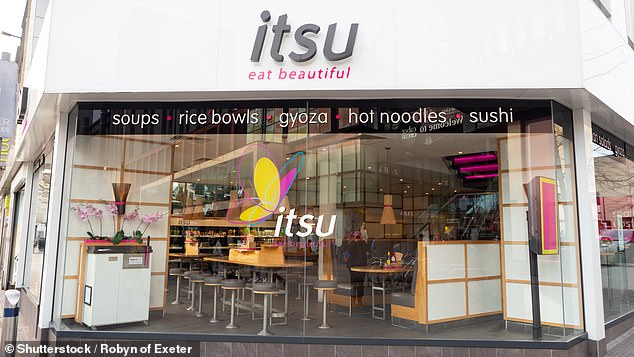 Paul Berkovi, KPMG’s head of leisure restructuring, said: ‘With large numbers of city centre workers and tourists remaining at home, grab and go food retailers have been some of those businesses most significantly affected by the Covid-19 crisis.

‘With the outlook remaining uncertain, Wasabi is taking decisive action to safeguard its future.’

Some 11 per cent of companies said their turnover decreased by more than 50 per cent during lockdown, while 17 per cent said they lost between 20 and 50 per cent, figures from the Office for National Statistics have shown.

Meanwhile, 32 per cent said their turnover was not affected at all.

The retail sector is at the heart of widespread job cuts with Marks & Spencer announcing this week that it plans to axe 7,000 staff in three months.

It is the latest in a string of high-street stores to announce cuts.

Around 14,000 jobs are at risk at struggling department store Debenhams, with plans to liquidate the business announced last week.

How more than 187,000 jobs have now been lost or are at risk amid the coronavirus pandemic

This week, M&S became the latest employer to cut large numbers of jobs, saying it plans to cut around 7,000 over the next three months across stores.

And around 14,000 jobs could be on the brink at struggling department store Debenhams, with plans to liquidate the business being drawn up in case other options for saving the company – such as selling it – fall through.

Here are the major potential job losses announced since the coronavirus lockdown was imposed on March 23: