– The attacks were carried out by fighter jets and attack helicopters

Boko Haram insurgents have suffered heavy casualties following the Nigeria Air Force bombardment of settlements being used by the insurgents.

The defence headquarters in a statement on Friday, August 21, disclosed that the airstrikes were executed after credible intelligence reports indicated that the settlements were being used by the terrorists to launch attacks. 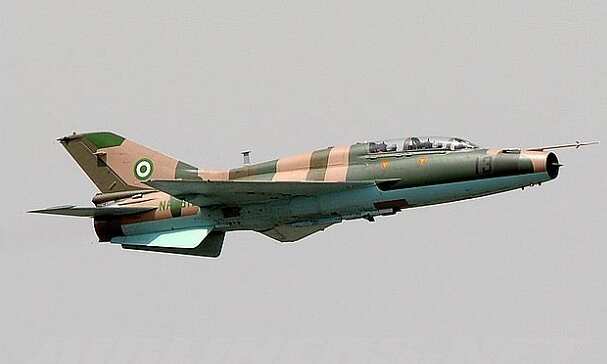 The military stated that upon the discovery, the Air Task Force of Operation Lafiya Dole dispatched Nigerian Air Force (NAF) fighter jets and attack helicopters to engage the location.

It stated that the airstrikes recorded devastating hits resulting in the obliteration of several structures as well as the neutralisation of some of the terrorists.

Below is a video of the bombardment on Boko Haram settlements:

Meanwhile, no fewer than eight soldiers were reportedly killed and three others injured by members of the Islamic State in West Africa Province (ISWAP) on Tuesday, August 18, in Kukawa town, Borno state.

According to Daily Trust, the terrorists also abducted about one hundred people including young men and girls from Kukawa in the last 10 days.

The insurgents had ambushed the Nigerian soldiers who were asked to move to Kukawa on Tuesday to address increased Boko Haram activities.

In another report, President Muhammadu Buhari has received a commendation for propelling the military into stamping out Boko Haram terrorists across the northeast.

The Middle Belt Conscience Guard (MBCG) said the president deserves hearty encomiums for the rewarding impacts of the anti-insurgency campaigns.

Speaking at a press conference in Abuja on Sunday, August 16, the group’s publicity secretary, Dan Okwa, said the president has not only curbed insurgency in five states in the northeast but also halted the evil virus from spreading into the Federal Capital Territory, Benue, Kogi and up the southwest.

Still on security, the Katsina state governor, Aminu Masari has said attacks by bandits in the state should be blamed on the security chiefs and not on President Muhammadu Buhari.

The governor said the Nigerian president has done all it takes to ensure security in the northern region.

Masari made the statement on Saturday, August 15, during an economic empowerment event in Rimi local government area of the state, Channels TV reported.