– During his reign at Camp Nou, he scored 22 goals in 62 games and also won two La Ligas and one UCL title

The 48-year-old reunites with his former teammate for the first time since 1997 when they both represented Feyenoord as players.

He has however been out of the game for almost a year after waking away from his managerial position at Swedish side Helsingborgs over social media abuse.

Just like Koeman, Larsson also penned a two year deal with the Catalan giants who sacked their Quique Setien over their humiliation in the hands of Bayern Munich.

The former Everton boss had to quit his national team assignment with Holland and return to his former club on coaching capacities. 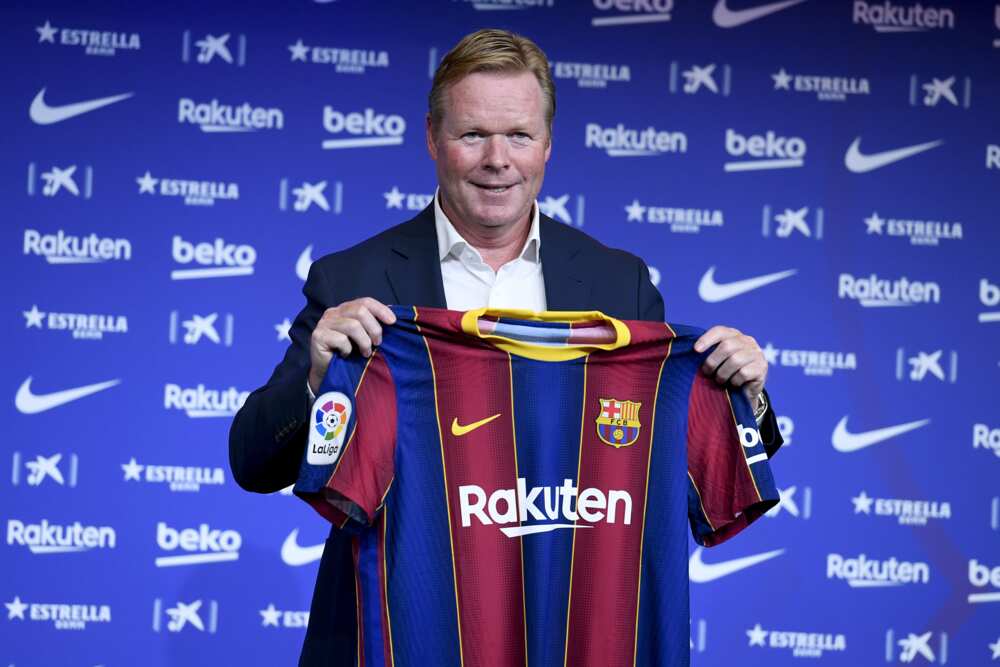 He worked as an assistant to Erik ten Hag at Ajax during their run to the Champions League semi-finals two seasons back.

The Blaugrana will hope their new technical team will help restore their dwindling glory having gone trophyless in the 2019-20 season.

They also crashed out of the Champions League after losing 8-2 to German League champions Bayern Munich last weekend.

Larsson spent just two seasons at Barcelona after joining them on a free transfer from Celtic in June 2004 and won two La Liga titles and the Champions League.

The former Sweden international, who has only previously managed in his native country, scored 22 goals in 62 games in all competitions during his two-season spell at Barcelona.

The teenager put Guinea-Bissau on the world’s football map last term after making his debut for the Catalans at 16 years and 298 days – becoming the second-youngest player to debut for the club.

He scored eight goals and one assist in 33 appearances for the Blaugrana across competitions in his maiden season.