Russell Ledet, a medical student in the United States had no idea that fate would land him at the front lines of the COVID-19 pandemic.

The hardworking doctor who labours night and day to save lives was once a watchman at the hospital he works in. 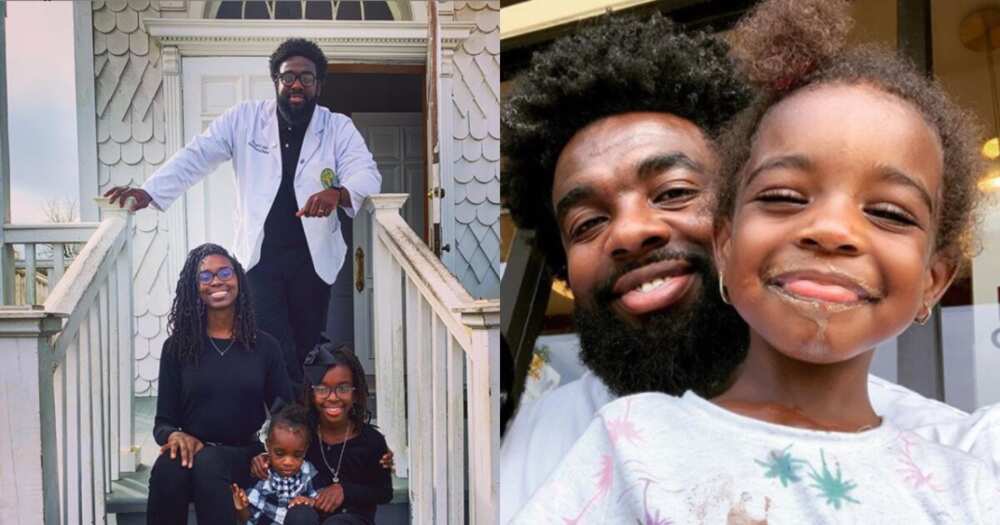 Often, the father-of-two carried around note cards and studied them while undertaking his duties and pestered resident doctors at the facility with questions.

Most of the medics brushed him off numerously claiming they did not have time to tutor him, but the facility’s chief surgery resident Patrick Greiffenstein believed in Russell.

According to Good Morning America, Russell has a PhD in molecular oncology and served in the army for a while before embarking on his new path.

“This is one of those reflective points when you are trying to understand how far you have come and how far you’ve got to go,” the brainy man said.

The 34-year-old who returned to Baton Rouge said he takes his time to mentor young visionaries whose dreams are as big as his.

In other news, a Nigerian lady identified as Esther Nwankwo defied the odds and became the best graduating student of her department after struggling to achieve a university education.

The lady took to her LinkedIn page to narrate how her education almost ended after she finished secondary school.

She said her father could not send her to the university due to financial constraints.

Esther said she was skeptical about her future, but her determination to succeed kept her going, adding that she was determined and willing to pay the price of success.

She wrote: “I set out on my path to become educated. I took up several menial jobs to save up for higher institution.”