– Similarly, Fabiyi shared a video on Instagram noting that he paid a visit to the actor just a week ago

Fabiyi while speaking with Legit NG confirmed that the actor is indeed alive and gearing up for his upcoming birthday.

According to him, Nigerians should simply celebrate the thespian instead of wishing death upon him.

“Baba Suwe is alive and well. Nigerians should take time out to celebrate his upcoming birthday,” Fabiyi said.

Similarly, the actor took to his verified page on Instagram to further discredit reports that Baba Suwe has passed away.

The amazing life of actor and singer Rotimi Akinosho 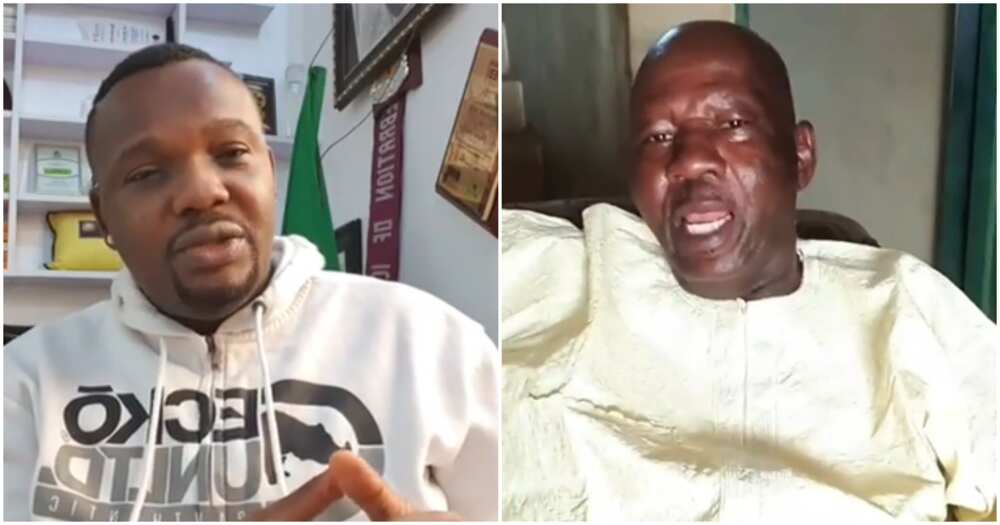 “This is just unfair and evil for someone to cook up such dirty, unjust and unverified news without bearing in mind the consequences. It is criminal and unlawful. We have an organised and structured association and we are improving daily to be of standard and maximum service to all,” his note read in part.

Fabiyi noted that the public and media practitioners should only rely on information that is disseminated from their association when it comes to the welfare of members.

The actor also accompanied his post with a video in which he was spotted with Baba Suwe.

Fabiyi said he visited him just a week ago and they also spoke on phone around 11:13am on Friday, August 21.

Concluding his post, he wished Baba Suwe a happy birthday celebration in advance.

Baba Suwe will clock the age of 62 on Saturday, August 22.

Legit.ng previously reported that the actor battled with a health challenge in 2019 that required him getting flown out of the country to seek medical help.

Upon his return from the successful procedure, Baba Suwe paid a courtesy visit to spiritual leader, Iya Adura, who donated the sum of N10 million to his medical financial aid.

Photos of the actor, his son and the clergywoman surfaced on social media.