– Mr Godday Idahosa, Accord Party candidate, collapsed his structure into the PDP and declared his support for the governor

The re-election bid of Governor Godwin Obaseki got a major boost on Friday, August 21 as the candidate of the Accord Party in the forthcoming polls, Mr Godday Idahosa, collapsed his structure into the Peoples Democratic Party (PDP) and declared his support for the governor.

Idahosa announced his defection at PDP wards 8 and 9 campaign rally in Uhiele, Esan West local government area of Edo state, citing the leadership acumen of the PDP candidate as part of the reasons for his defection.

He was received by Obaseki and other members of the Edo PDP campaign council after his announcement. 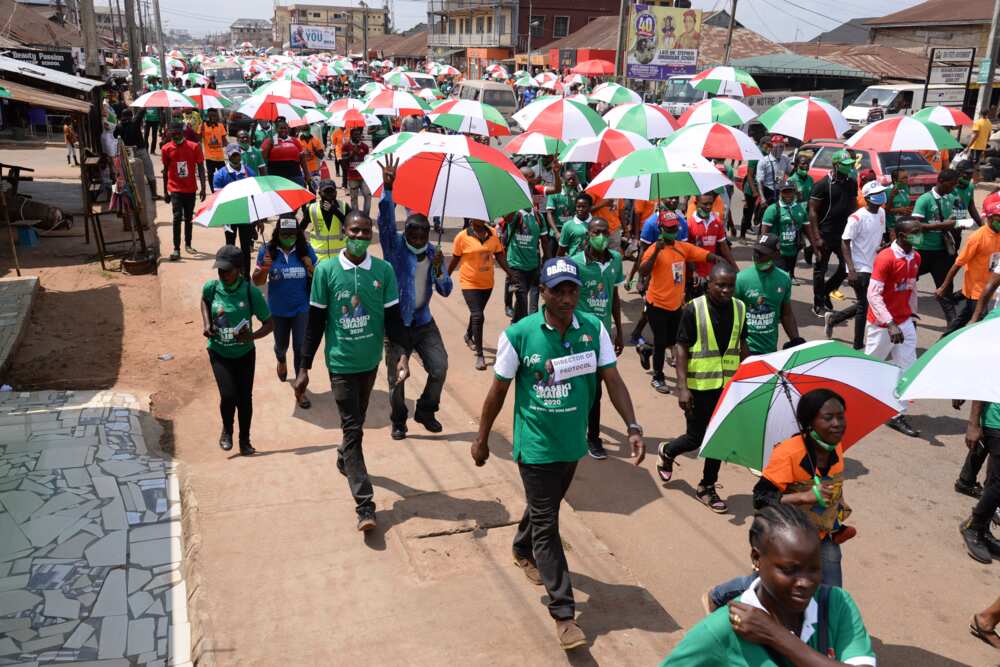 Addressing his new party members, Idahosa said: “I have seen the good work of our governor and I have decided to join him in transforming Edo state.

“Our governor is doing excellently well. He is a great man and he deserves to be reelected. Even the sun and the moon will cooperate to work for his favour.

“In this September 19, 2020 gubernatorial election, my supporters and I are going to work for Obaseki. I am leading hundreds of my supporters to join PDP today.”

Addressing party faithful in the wards, Obaseki urged the people to vote for him and assured them of even development.

Legit.ng had earlier reported that Governor Obaseki declared that the forthcoming election in the state will put a final end to godfatherism.

Obaseki made the comment during his ward to ward campaign tour across Esan north-east local government area.

Meanwhile, tricycle and motorcycle operators numbering over 700 in Edo state on Thursday, August 20, endorsed Governor Obaseki for a second term in office.

A spokesman of the transporters, Daniel Aiyegbeni, said the governor has done very well since he assumed office, especially with the abolition of multiple levies and dues which characterised the Oshiomhole era.