Waitress, 19, who became obsessed with how many likes her selfies got on social media hanged herself while on the phone to her best friend

By Faith Ridler For Mailonline

A ‘beautiful’ teenage waitress who became obsessed with how she was perceived on social media hanged herself while on the phone to her best friend, an inquest has heard.

Chloe Davison, 19, died at her home in Lanchester, County Durham, in December last year while speaking to Lauren Askew.

The line went dead moments after Ms Davison spoke to her friend and emergency crews rushed to her home – but paramedics were unable to save Ms Davison.

Before the hearing, Ms Davison’s mother Claire Reynolds described how social media ‘took over’ her daughter’s life and left her caring ‘so much about how people saw her’.

She also raised fears about her daughter’s desperation for the approval of others on social media. 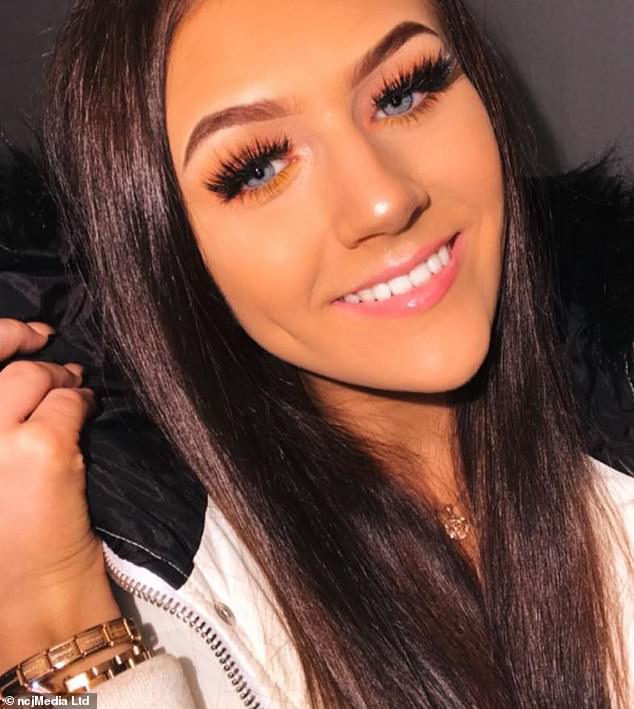 Chloe Davison, 19, died at her home in Lanchester, County Durham in December last year while speaking to her friend Lauren Askew on the phone

She said after her death: ‘Other people did not see what we saw. Chloe was the joker, bubbly and hilarious.

‘She was the life and soul of the party. Chloe was beautiful, but she didn’t see that.

‘She cared so much about how people saw her. She would post a picture on social media and want all her family to like it. If it wasn’t good enough she’d remove it.

‘I blame social media a lot for what has happened.

‘The impact it has, especially on younger people, can be devastating. Social media took over Chloe’s life – whether that be Snapchat or Facebook. She struggled socially from being at school so she didn’t work.

‘Social media was her way of getting through the day. She didn’t go out a lot.

‘Younger people need more help and education on social media. There are too many people out there who can say what they like because it’s not face-to-face.’

Shirley Smith, a family friend representing Ms Davison’s mother, told the inquest today: ‘The discharge summary said Chloe had been referred to a community support worker and that they would be in contact within four to six weeks.

‘But in the meantime Chloe had died. During lockdown from community support asking whether Chloe needed any support during lockdown.

‘It seems she was never referred into the service.’

The teenager had been receiving mental health support since the age of 16 and had a history of self harm and binge drinking.

Her family has now expressed concern about the care she received from the Tees Esk and Wear Valley Foundation Trust, who appeared to have discharged her from a disorders team but failed to appoint a support worker as promised.

Four months after her death on December 20, health workers had called her home to check whether the teenage waitress needed support during lockdown, the hearing was told. 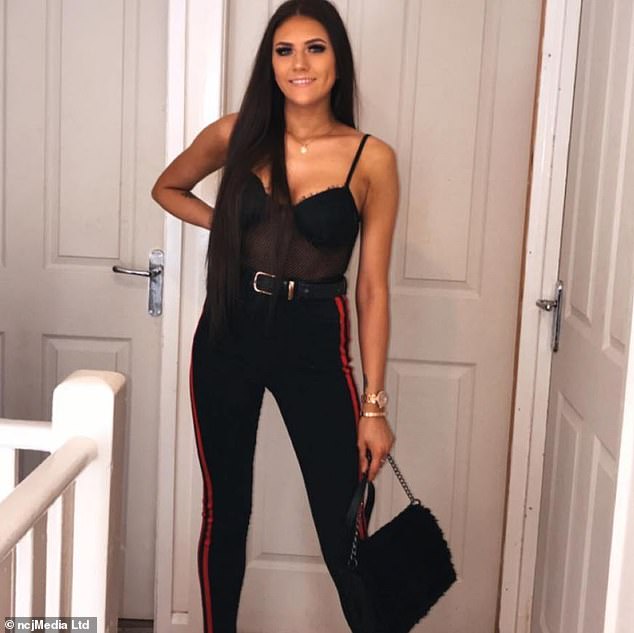 Ms Reynolds, who didn’t raise her concerns before Durham coroner Crispin Glover, told the hearing in a statement that Chloe had become an aunt to her sister Jade’s daughter Alexis and ‘welcomed her arrival with love and affection.’

She added: ‘Chloe was and will always remain my beautiful witty youngest daughter … her short life impacted so many.

‘We have and will always remain with so many unanswered questions for the rest of our lives.’