The Peoples Democratic Party (PDP) in Edo state has raised the alarm over the politically motivated deployment of Mr Adeyinka Fasiu Ayinla as the state commandant of the Nigeria Security and Civil Defense Corps (NSCDC).

In a statement sent to journalists on Thursday, August 20 by its spokesman, Chris Osa Nehikhare, the party said it totally rejects the deployment of Mr Ayinla to the state in the run-up to the polls, scheduled for Saturday, September. 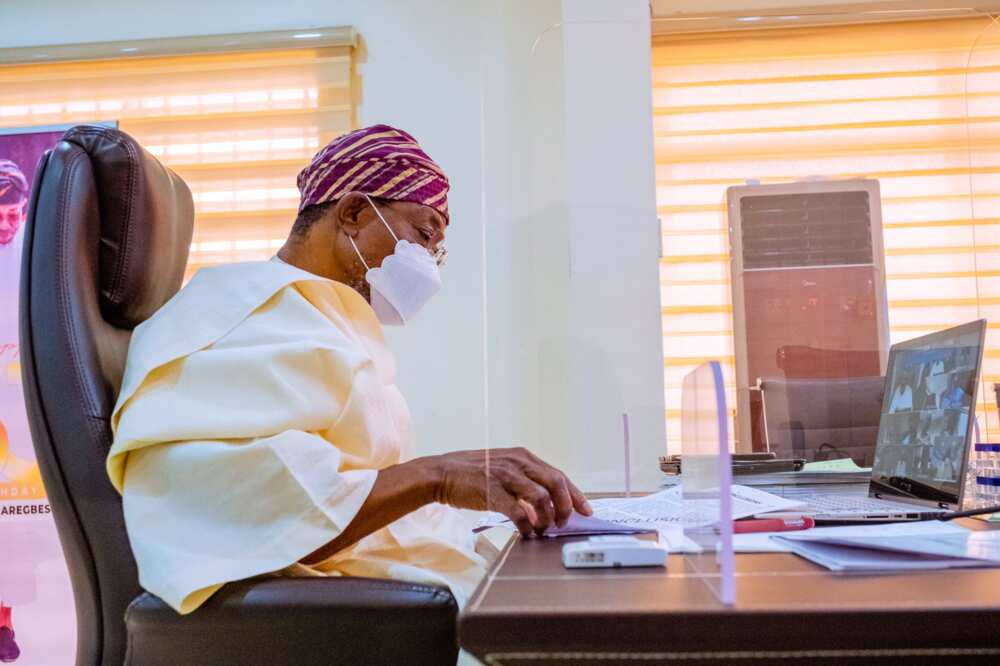 The PDP says the deployment of a new NSCDC commandant in Edo state by Minister Aregbesola is suspicious. Photo credit: @raufaregbesola
Source: Twitter

Part of the statement read: “Once again, the Edo PDP restates its commitment to a peaceful, free and fair governorship election on September 19, 2020.

“We are, however, taken aback by the resolve of the All Progressives Congress (APC) to win the election by all means foul!

“The latest of such evil plot of the APC to win the election through foul and unfair means is the redeployment of Mr Ayinla as the commandant of the NSCDC.

“The posting by the minister of interior, Ogbeni Rauf Aregbesola, is politically motivated and a plot to rig the governorship election.”

The PDP spokesman said the new state commandant of the NSCDC is a lackey of a leader of the APC, Asiwaju Bola Tinubu, and has worked closely with him in the past.

Meanwhile, the chairman of the Edo state PDP campaign council, Chief Dan Orbih, has said the September 19 gubernatorial election in the state would determine if democracy would survive in Nigeria.

Orbih made the submission while addressing PDP supporters at Ward 1, Ewohimi in Esan south-east local government area of Edo state, on Tuesday, August 18.

His words: “This election will determine if we are prepared to practice true democracy in Nigeria. I am appealing to the presidency to ensure that this election is free and fair.

“Democracy is for the people, and our party, the PDP, has always been saying that power belongs to the people. Our priority is to return power back to the people in the coming election.”

Legit.ng had earlier reported that Edo First Lady, Betsy Obaseki, recently met with wives of Dukes (Enigies) in the state to sensitise them to the need to re-elect Governor Obaseki.

Mrs Obaseki asked the Enigies’ wives to judge as mothers whether it is in the best interest of the people to mortgage the future of the state and the children, to satisfy a few people and whether the state has not fared better in the past three and a half years under the governor.