– INEC was said to have threatened to postpone the election

– APC, however, said PDP is not prepared for the forthcoming Edo and Ondo states governorship elections

Following the alleged plot by the Independent National Electoral Commission (INEC) to postpone the governorship election in Edo state, the ruling Peoples Democratic Party (PDP) and the leading opposition in the state, All Progressives Congress (APC) have engaged in verbal war.

Daily Trust reports that the election has been slated for September 19, while political parties are already neck-deep in campaigns.

Legit.ng gathered that the PDP national chairman, Prince Uche Secondus, alleged at a press conference on Wednesday, August 20, in Abuja, that APC leaders were arm-twisting INEC to shift the election date.

He said: “It’s also in our findings the several efforts of APC leaders to arm-twist the INEC into falling for their devious move to shift the election. All these anti-democratic moves are all aimed at one thing; creating a constitutional logjam to disrupt the election because they know they cannot win. 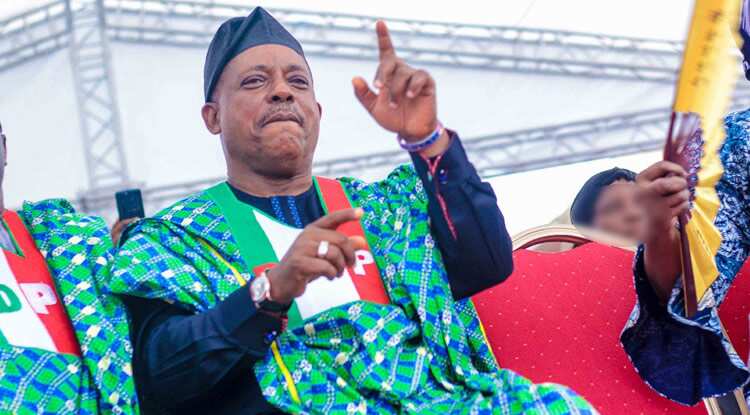 “All these underhand moves are crumbling before their eyes, the discredited former chairman of APC was smuggled in Aso Rock Villa to fine-tune the rigging strategy for Edo. We call on both the INEC and the judiciary to stand firm in defense of democracy and not yield to the manipulative tendencies of APC and its governments.”

The newspaper noted that the APC deputy national publicity secretary, Yekini Nabena, in a statement on the night of Thursday, August 20, dispelled the PDP’s claim.

“The PDP is not prepared for the forthcoming Edo and Ondo states governorship elections and has resorted to spinning tired conspiracies about a purported inaudible tape and tales of a planned postponement of the elections.

“INEC is an independent election management body with equally independent operations. Hence, the APC being a political party is not an electoral body and cannot speak on a purported planned postponement or otherwise.

“Evidently, it was the PDP’s practice to interfere in INEC’s operations. The APC has not copied such undemocratic and ignoble practices. For us in the APC, if the elections are held today, we are ready and confident of victory based on our visible pro-people and development track records and progressive plans for the good people of Edo and Ondo states,” he said.

“Our worry is the PDP’s threat of violence in the lead-up to the Edo and Ondo governorship elections as echoed by the recent Amnesty International report and other well-meaning concerns. As always, the PDP has absolutely nothing to campaign on and has resorted to spreading fear.”

Ikimi, one of the founding fathers of the APC, declared his support for the governor when the Peoples Democratic Party (PDP) held a campaign in his domain – Igueben local government area on Wednesday, August 19.