MIDGE-AGEDDON! Horrified camper films from inside his tent after being trapped by swarm of flying critters that thrived over the hot and wet summer

By Danyal Hussain For Mailonline

A camper filmed a swarm of millions of midges from inside his tent after being trapped by the insects.

Alex Nail, 33, was spending two weeks photographing the north west Highlands in Scotland when he was swarmed by the midges at Torridon.

Mr Nail said he has spent many summers camping in the scenic part of Scotland and the swarms he saw this year were unlike anything he’d seen before.

The camper, from Bath, Somerset, said: ‘There was no way I was getting out of the tent on that particular evening.

‘Despite a beautiful sunset any photos would have been absolutely ruined by the midges anyway.

‘For some reason the midges seem to love my camera too.’

It comes as experts warned Britain will be hit by more midges than last year because of the hot and damp weather. 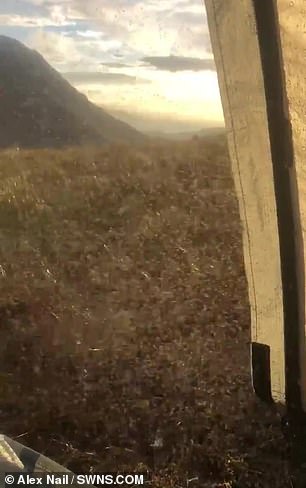 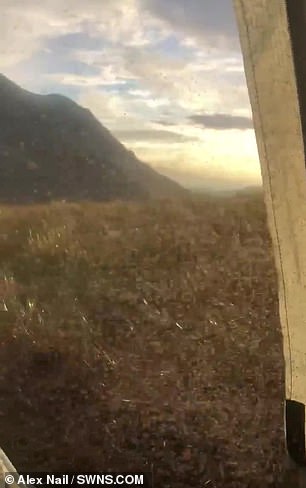 Alex Nail, 33, was spending two weeks photographing the north west Highlands in Scotland when he was swarmed by the midges at Torridon

Alison Blackwell, CEO of Smidge, which monitors midges in the UK, told MailOnline that there has been an increase in midges for this time of the year because of the weather, particularly in Scotland.

She said: ‘Usually near September, it gets cooler and midge numbers are down but now it’s hot and damp which are perfect conditions for midges.’

Despite the bugs Mr Nail says he will spend the next ten days camping, as part of his job as a mountain photographer.

Mr Nail, who will also get married in a month, added: ‘I’ve camped many times in the highlands in the summer but I have never seen midges quite like this.

‘The conditions on this particular evening were a bit of a perfect storm.

‘It had rained a couple of hours previous and it was warm, humid and totally windless, perfect conditions for midges.

‘I suspect the wet conditions in the weeks previous probably produced the ideal conditions for the midges to hatch as well – numbers seem very high at the moment. 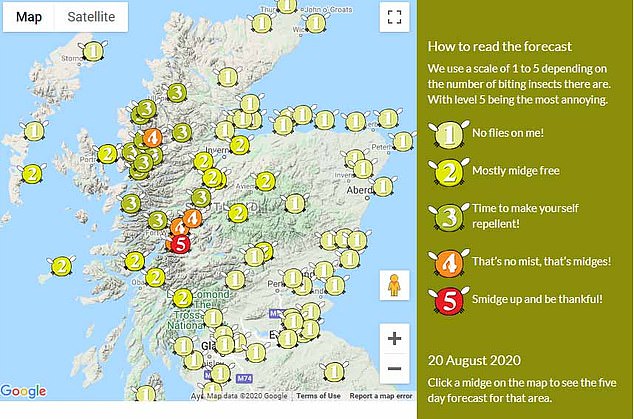 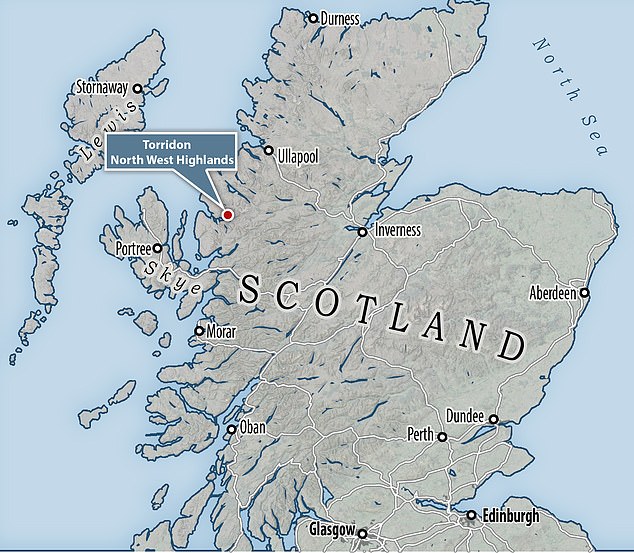 ‘Usually if you are 600m up you don’t have problems.

‘I’m covered in bites, even with repellent and a headnet they find the chinks in your armour.

‘I’m quite lucky in that I don’t react too badly to them so the itchiness goes away after an hour or so.

‘Of course if you’re in a tent and you can’t keep them out then you can expect a few bites through the night as well.’